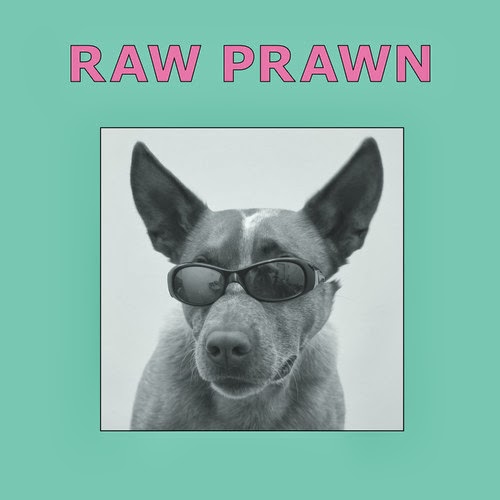 From my favorite Aussie label, R.I.P. Society, here's an awesome 7" that combines all the best irreverent parts of Taco Leg and the pop sensibilities of Royal Headache, topping it off with a kickass band name. Essentially, there is nothing not to like about the whole package. 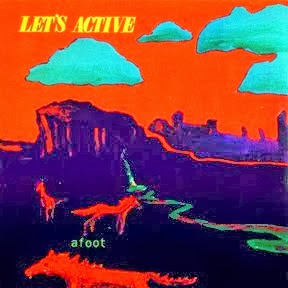 This is, in my opinion, one of the greatest sets of pop songs ever recorded. I'm a huge fan of Let's Active, but this is the strongest single release they have. Download and bliss out.

Hey world. I decided after some consideration that it was time to change my blog name and URL. I've been using the name Apache Fashion for a few years now, as the name of this blog and also as my old radio show on WNYU. The name is actually taken from a song called "Apache Fashion Dream" by the Homostupids, a band I'm consistently amused by and that I think embodied the sense off offbeat noise rock humor I wanted to capture when I originally began the show. However, after beginning to think seriously about cultural appropriation, I don't think I should continue to be using "Apache Fashion" as a moniker. I chose the name two years ago, just before two high profile gaffes made by corporations (Victoria's Secret and Urban Outfitters) prompted a more thorough discussion of what it means to appropriate cultural symbolism. Though my use of the name is a reference to something else entirely, I don't want it to be misconstrued as flippant or insensitive. Hence, I'm switching to UPS Freakout, a nod to Longmont Potion Castle, which looking at the stats is actually the #1 reason people end up on this blog anyways.

In addition, my new radio show starts up next week on WNYU, Tuesdays 12pm-2pm: No Wave No Fun. I'll be focusing minimal synth, coldwave, no wave, and industrial.
Posted by Emma at 1:59 PM No comments:

Polvo - Can I Ride EP 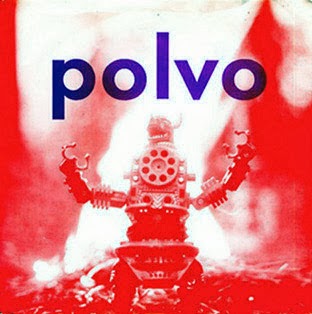 Some asshat stole my laptop and phone while I was at the library the other day, so my access to my music collection is temporarily limited until I can get my hands on my old hard-drive and maybe get a real computer again. However, I'm posting this Polvo EP because holy FUCK it is so good.

And if anyone wants me to listen to anything, hit me up with linx and bandcamp crap in the comments. I'd appreciate it at this point, because I'm not really feeling like another five hours on Spotify or god forbid another Radiolab podcast. 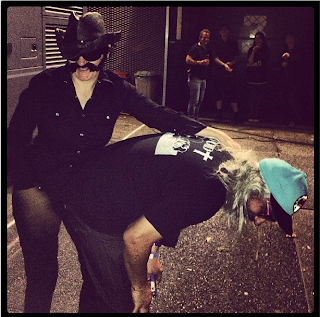 J Mascis in a Void shirt, and Deb of My Bloody Valentine in a cowboy hat/mustache, making ass contact. Welcome to Indie Rock in 2013 kiddos, these were our childhood heroes. -- Courtesy of the Dinosaur Jr. Instagram account

Life is cray, there are tacos in the streets, and here's everything I've been listening to lately. Some great new bands (many of which I've been able to catch live) and some old favorites. 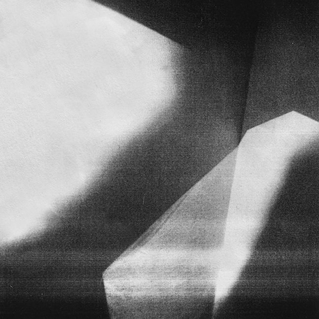 Soft, percussive electronic that hints at future garage, and surpasses the confines of the notorious “chillwave” genre. Anyone who salivated over Andy Stott’s Luxury Problems, a record that is as spacious and industrial as it is tender, will love Struck. It’s rare for me to be able to say that a record achieves continuity without losing its heart, but this one does. Loops are layered infinitely, and the soft vocals and consistent percussion hints at the foundations of great pop songs. Perhaps what people found so captivating about the Clams Casino instrumental records were the very fact that they hinted at familiar, overworked songs, but remained just pale shapes.

It would be a mistake to label Struck as just an ambient electro record. Though Rainer Veil doesn’t relish in creating the harsh, alienating soundscapes of contemporaries like Raime, there is a solid, pulsing core here, despite its ethereal feel. Very excited to see what this UK duo comes out with next.

Email ThisBlogThis!Share to TwitterShare to FacebookShare to Pinterest
Labels: electronic 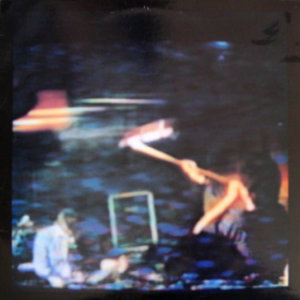 As promised, here is Bastro's EP,  Rode Hard and Put Up Wet, released in 1988 on Homestead. Highly recommended for Big Black fan's, this EP is a faster, colder, and less-polished* version of Bastro before John McEntire was added as a drummer.


three eggs in a sock

All those descriptors are very much positive.
Posted by Emma at 3:15 PM No comments: 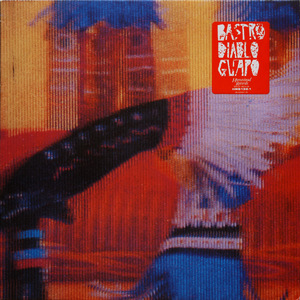 Back to school, back to dat killer library upload speed.

Bastro has Michael Gira vocals, Drive Like Jehu intensity (they went balls to the wall with a killer drummer), and some really strange piano and spoken words parts mashed in. They don't often play in any consistent register, but the moments they do, you could easily mistake them for your favorite Dischord band (Fugazi, duh). The guitarist David Grubbs also played in Bitch Magnet, so if you're into that late-80's Oberlin College noise-rock scene, this is for you. This also happens to be a must-have for Homestead worshippers like myself who have listened to Atomizer so many times that we've lost our minds and are unsatisfied by Naked Raygun. However, I will be uploading Rode Hard and Put Up Wet, their earlier EP, which was recorded before they got a real drummer so rest easy Albini fangirls/boys I got u.


can of whoopass right here

Cultural Appropriation in Music: It's Still Not Cool 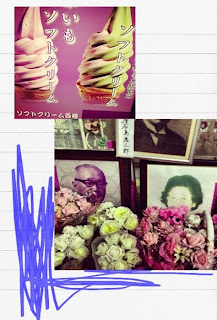 Haven't posted anything in a while, but here's a quick response I jotted off quickly after getting off the plane from Chicago. I legit cannot believe we still need to have conversations about cultural appropriation. It's so fucking obvious.

A few weeks ago, I had the pleasure of attending a fantastic discussion at FMLY Fest Boston about creating safe venues for shows. Part of the discussion involved an intense inquiry into cultural appropriation in music, what it means to appropriate, and how the DIY world can be more inclusive and mindful of privilege and diversity. Few would deny that the underground music scene in cities like Boston and New York is primarily white, with much of the population coming from semi-privileged backgrounds. I am personally extremely optimistic about this changing. It's great to see DIY initiatives working to be more inclusive. For example, the Smash It Dead fest in Boston this May made a concerted effort to showcase bands with greater racial, sexual, and cultural diversity. And as always, the ever-popular Ladyfest does a fantastic job of promoting greater visibility for trans and genderqueer musicians in the DIY scene.

With this in the back of my mind, attending Saturday's Pitchfork Fest in Chicago this past weekend was an interesting look into "underground" music on a mass-scale. Some of the highlights for me included watching Solange kill it onstage with her impeccably dressed band, Kim Deal's husky voiced mid-set banter, and losing not one, but both of my shoes in the pit during Metz's set.

One thing however, I was extremely put-off by. Though in the grand scheme of things, it's small and perhaps insignificant, but to me, deserves at least a passing mention. It was Carson Cox's bindi. The teardrop-shaped symbol was impossible not to notice during Merchandise's set, and after consulting Twitter, it seemed that I was not the only person who reacted with a hearty sigh of exhaustion and distaste. I acknowledge that there are probably a lot of other things that weekend that are worthy subjects for analysis: R. Kelly's misogynistic lyrics (I say this while also admitting that I happen to adore R. Kelly) and the cringe-inducing gun violence joke made during Belle & Sebastian's set. Perhaps a joke about shooting wouldn't have been so ignorant if made at another time, in another city, but in Chicago, where just last year there were 2,364 recorded shooting, the overall number increasing 12% from the year before--that joke hits a tender spot.

You can say what you'd like about artistic freedom and self-expression. I have always been supportive of artists pushing the envelope--hence my undying love for Steve Albini, who has historically been outspoken about his separation of performance from his personal life. However, blatantly taking a religious symbol that is universally considered sacred in the Hindu faith and appropriating it for fashion purposes is insensitive and demands conversation. Perhaps if Cox explained his reasoning for the bindi, if it stemmed from a deep respect and inquiry into the Hindu faith and culture, and the history of that particular symbol, it might be slightly more excusable. But I wouldn't hold my breath for a response from a guy like Carson Cox.

Again, I'd like to say that I had a blast at Pitchfork fest. The lineup was packed with fantastic female-fronted bands (which is always a win in my book), and overall I found the crowd to be respectful, and the energy was totally positive. However, we need to look at the statements we're making when we put a certain performed onstage, and try to make sure that issues like cultural appropriation don't go undiscussed. Mindfulness is everything. If we don't call bands out, no matter how "cool" they are, things aren't ever going to get better. Sorry Carson, your leopard print shirt was totally rad, but your bindi was not.

- Originally posted on Tumblr
Posted by Emma at 12:18 PM 5 comments: 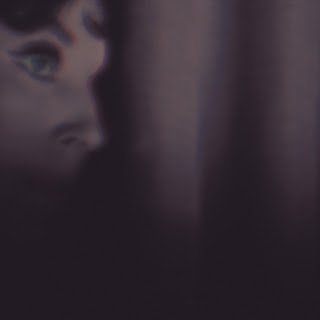 Wherein Emma listens to something that is actually from 2013, and enjoys it. Fantastic industrial/dark techno release. Consistent stomping bass beats, crunchy feedback, dense and heavy panning. For fans of Regis, Ancient Methods, Vatican Shadow, and the whole Blackest Ever catalog. Oh and obviously it came out on Hospital: as I slowly watch LA replace NYC as the new industrial capital, and weep/consider moving to London. Fuck this record is good.